Here’s our story. We look forward to hearing yours. 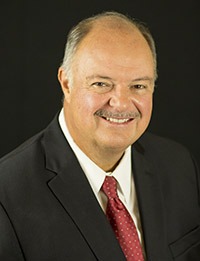 Roger has worked for the Social Security Administration for 16 years. He started as a claims representative in the Cambridge office, was promoted to supervisor of the Salisbury office and came back to Cambridge as the manager in 2010.

At Andersen Wealth Management, Roger is the firm’s Social Security specialist. He works with individuals and families across the Eastern Shore to understand better the Social Security programs, design claiming strategies and help maximize benefits. His services are available for a fee.

Roger is a Navy veteran and a member of the American Legion. He and his wife, Cathy, live in Salisbury. Roger has lived on the Eastern Shore for more than 20 years now and loves it. He has three beautiful daughters and one very active, very smart and very crafty English Yellow Lab named Abbey. Finally, Roger grew up in New England and was infected by Red Sox fever at age seven after attending his first Red Sox game at Fenway Park in Boston. Go, Sox!
Visit the Social Security Specialist page!